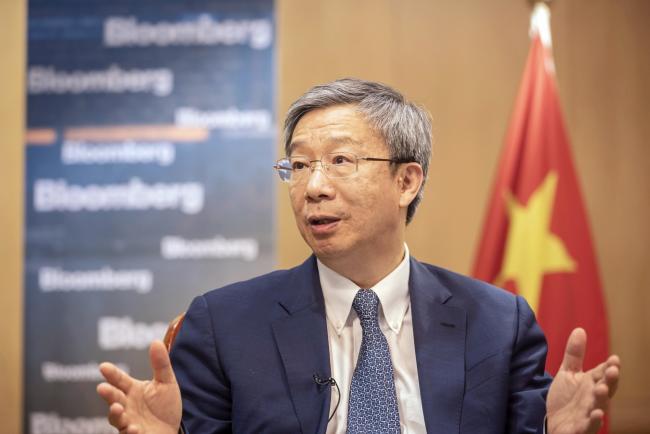 (Bloomberg) — China’s central bank is making it clear to yuan bears that short-term declines are no sure thing, especially in the run up to a crucial meeting at the end of this month.

The People’s Bank of China set its daily reference rate for the currency at a stronger-than-expected-level Tuesday, while also saying it plans to sell bonds in Hong Kong in June — which would support the offshore rate. The moves came after the yuan neared a decade-low and President Donald Trump threatened to raise tariffs on China again if President Xi Jinping doesn’t meet with him in Osaka at the Group of 20 summit.

While PBOC Governor Yi Gang said last week that no particular level for the yuan is important, Tuesday’s actions suggest to analysts that the authorities want to avoid one-way depreciation bets. The yuan hasn’t breached the 7 per dollar level since the global financial crisis.

“The PBOC may attempt to keep stability in the near term to keep the hope for a trade deal at G20 summit alive,” said Ken Cheung, a senior currency strategist at Mizuho Bank Ltd. Beyond that, however, the central bank may need to “help market participants to digest the psychological 7 level.”

The offshore yuan’s three-week implied volatility, the expiration date of which covers the G20 meeting, surged the most in nearly a month on Tuesday. This may suggest traders are bracing for the G20 to trigger a large move.

But before the summit, the yuan will be kept steady, and it may advance if China and the U.S. reach a deal, said Stephen Innes, managing partner at Vanguard Markets Pte. in Singapore. “Given my position of longing the dollar against the yuan, this is what keeps me up at night.”

To some, the central bank’s policy is clear. The consistently stronger-than-expected fixing and the timing of bills to be sold in Hong Kong show that the PBOC hasn’t set aside the 7 level, according to Becky Liu, head of China macro strategy at Standard Chartered (LON:) Plc.

“From the policy maker’s perspective, obviously you’re not going to tell the world that 7 is the hard line,” she said, adding that officials are still saying that the yuan will keep steady. “In reality, it just means that they have no plans to let go of 7 yet.”